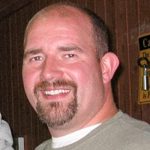 Matt Buczek is the CEO of IENA.  Before joining IENA, Matt was a founder and CEO of a a third part J-1 recruiter. 3 Adventures.

Matt will be the first one to tell you that participating in a J-1 visa program with IENA is one of the best decisions you could ever make and will change your life forever.  He’s right and he would know as Matt’s first trip to the US was a participant in BUNAC’s summer camp program in 1996.  Matt loved everything about his experience and returned for many years to his “summer home” at Frost Valley YMCA. Matt worked his way up from camp counselor to camp director and then joined the year-round team.

Matt’s experience here in the US shaped his decision to leave his home in the UK and make a life here in the US. As a lifelong Manchester United season ticket holder, this was certainly a big decision!

Matt holds a BA (Hons) in Financial Management and Masters Degree in Education.

Matt’s professional experience in camp, education and the finance sector, along with his passion for the opportunities that the J-1 program offers to young people make him a great asset to our programs.

Matt works at IENA’s corporate office in New Jersey. A member of the Board of Directors at the Alliance for International Exchange, he lives nearby with his wife Paulann, their dog, Teddy and his twin girls, Molly and Lily.  He loves soccer and boxing and the New York Giants!

Matt is a member Alliance for International Exchange Board. 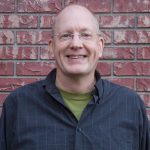 Our resident Brewer! It’s hard to believe that Scott has been administering international J-1 visa programs since 1986 – That’s more than 30 years!

Scott has directed some of the biggest and most reputable cultural exchange programs in the country, has a passion for cultural exchange and was a founder of 3 Adventures.  Scott is the designated Responsible Officer for all our J-1 programs.

Hailing from Minnesota originally, Scott now calls New York City his home where he lives with his wife, Lilik.

When he’s not brewing beer, Scott can be found sitting in a hut on an icy lake looking for Walleye! 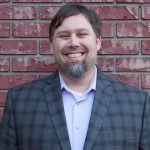 Jeff is one of our camp lifers!

Jeff has previously worked as Director of Camping Services with the Frost Valley YMCA where he had previously attended as a camper and then worked as a camp counselor. In addition, Jeff has worked with multiple YMCA’s in Director roles and served as Executive Director of the Kennett Area YMCA in Kennett Square, Pennsylvania.

Jeff has always had a passion for international exchange, being an exchange visitor for a year in the UK and volunteering for Global Camps Africa.  Jeff was also a founder of 3 Adventures.

With a passion for youth development, Jeff has interviewed and hired thousands of camp counselors over his career and looks forward to providing outstanding service for camp experience.

Jeff lives with his wife, Kelly, daughter Mary, son Miles and his dogs, Jango and Evie! Jeff loves having the opportunity to travel, camping with friends and family, and is a complete Fanboy of anything related to Star Wars. 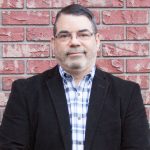 Ron’s claim to fame is that he once competed in a tough man competition.

He holds a BS in Business and an MBA in Human Resources.

Ron has extensive experience as an executive in the hospitality industry with an emphasis on CRM, multi-site operations, contract/vendor management, project management, team development/training and strategic business planning.  In addition, he was previously an owner of the famed Cadillac Bar in New York City.

Ron helps with all our programs but has a flair for our Work and Travel program, managing our clients and taking care of exchange visitors.

Ron resides in Massachusetts with his wife, Rachel and 2 children. Although he lives in the Boston area, he is still an avid New York sports fan. 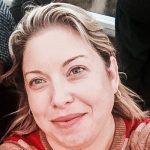 Sue joined the IENA family long before she started working at our corporate office.  In fact, Sue was one of our first clients and one of IENA’s biggest fans.  Mention this to Sue and she will tell you that she believes hands down, that IENA is the best of the best and so much more.  And she would know.  Prior to joining IENA, Sue completed a nearly 25-year career as a summer camp owner and director. She brings a unique experience of having operated day camps and resident camps in both the non-profit and for profit sectors.  Basically, Sue has done it all.

Sue is known for delivering a high standard of excellence to everything she is involved with and for bringing out the best in others. You’d be hard pressed to mention Sue’s name and not hear a story about how she has helped someone with their career, found a fellow camp director that last minute staffing need or offered a solution to just about any situation you bring to her for advice. Simply stated, Sue is an expert on people and bringing people together. For these reasons and so many more, Sue was an obvious choice to join the team at IENA’s corporate office.

Sue grew up nearby in New Jersey and lives in her home town with her daughter Mollie. 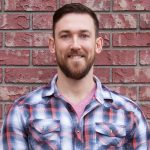 Adam has been involved in camping for the past 8 years, from counselor to assistant director and into the international staffing world.

Adam, Graduated from Manchester Metropolitan University with a BS in Outdoor Studies and Sports Science. Following his degree; he spent several years traveling and immersing himself in all types of adventure activities.

Adam is in a unique position as he has been privileged enough to see every aspect of the international staffing world. He was originally an applicant who came on a J1 program, then became an assistant director who interviewed and hired staff and has now come full circle as our placement coordinator. Assisting both applicants and camps to find the best match possible.

Adam likes to spend his down time planning for or going on adventures whether it be cross country skiing in northern Michigan, paddle boarding in California or skydiving in New Zealand, if it has some sort of adrenalin kick he will probably be there.