The Ever Changing Face of Camping

The IENA office in Hackettstown is now home to 10 staff – 3 staff have worked at YMCA camps, 2 at Girl Scout Camps and 4 at Private camps.

Each of us can tell very different stories about their Camping experiences and there is not a day goes by where a camp story is told – some have been told more than once or twice.

My experience was at a Private camp in Maine, when I started at camp – the campers spent 8 weeks at camp – no 1/2 summers – the full 8 weeks – 56 days. Our campers ranged from 7  to 15 years old, there were some campers that started at 6 years old – yes a 6 year old spending 8 weeks away from his parents. I had campers that had spent 10 summers at camps and they were only 15!! 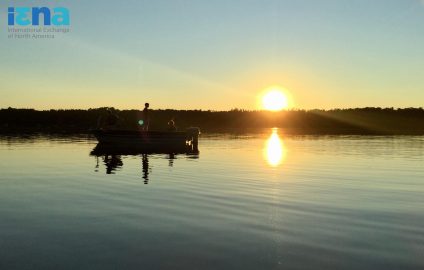 One of the Camp Directors used to say in orientation that as a bunk counselor there were campers that would spend more time with their counselors than they would with their Fathers during the calendar year – as often their parent’s jobs took them away from home on a regular basis.

There are now few, if any camps that run a full 8 week program where the campers are there for the full 8 weeks – the traditional camps that still run full summer programs usually run for 7 weeks these days.

I have friends that used to say to me – so you have the same 12-16 kids in the cabin with you every day for 56 days – what if their was a kid in the cabin that you really didn’t like? I would reply – it is human nature that there are campers that you like more than others – the trick was to never let the kids know that. You had to give the impression that your were totally impartial so that all the campers thought you liked them equally.

If you are a teacher you teach the same kids for a full school year but you get to go home every day – you do not have that option at a full time 8 week camp.

When you get to camp it is crucial to treat all your campers equally – showing favoritism is showing weakness and your campers will see through that straight away.

At the end of the summer it should be your goal to have every kid you spent time with believe that you, as the Counselor,liked them all equally!!